Advertiser Column: Fighting For Your NHS

I have always tried my best to fight for a better NHS for local people.

During this Parliament, I supported the 3.1% real terms increase in NHS budgets since 2010, and the extra £400m extra mental health funding since 2010. 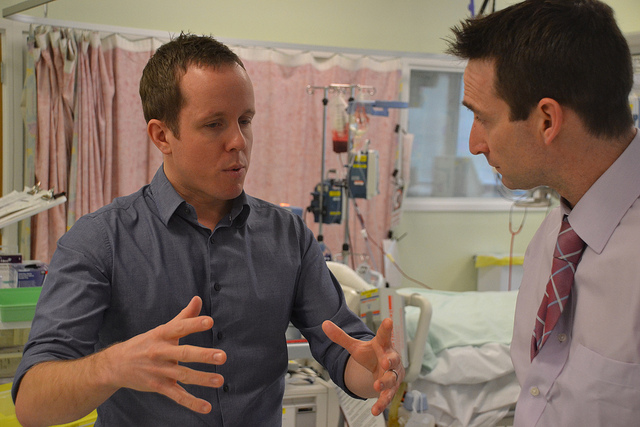 Locally, I lobbied successfully for £12m to improve our nearest hospital in Wythenshawe, and I was part of the campaign to recover the money lost by The Christie in the Icelandic banking collapse. I also led the successful parliamentary campaign to get the prostate cancer drug Abiraterone approved on the NHS.

Following a recent report saying the NHS would need a further £8billion in the next Parliament, there were claim and counter claim last week about the future of the NHS.

The Tories have promised £2bn extra funding which we secured for the NHS in last year’s Autumn Statement.

Meanwhile, Labour have only promised an extra £2.5billion, much less than the NHS says it needs. Labour run the NHS in Wales, and have actually cut NHS funding by 8.6%. More people in Wales are waiting 12 months for an operation in Wales than England, even though England has a population 17 times greater.

I am proud that the Liberal Democrats have promised the full £8billion in the next Parliament, including by an extra £500m to enable mental health to be treated the same as physical health.

So how will we pay for it? The first £2bn is being funded through reallocating money from other departments which have under spent their budget. Another £1bn will be funded through by capping pensions tax relief for the richest pensioners (saving £500m), aligning dividend tax with income tax for those earning more than £150,000 (saving £400m) and scrapping the Conservative shares for rights scheme (saving £100m).

The remaining £5bn will be funded through increasing NHS spending in line with growth in the economy.

So do not allow Labour to “weaponise” the NHS by saying it will be ruined if they do not win the next election. Their track record in Wales is of spending less, and they still have to answer how they are going to fill a black hole of billions.