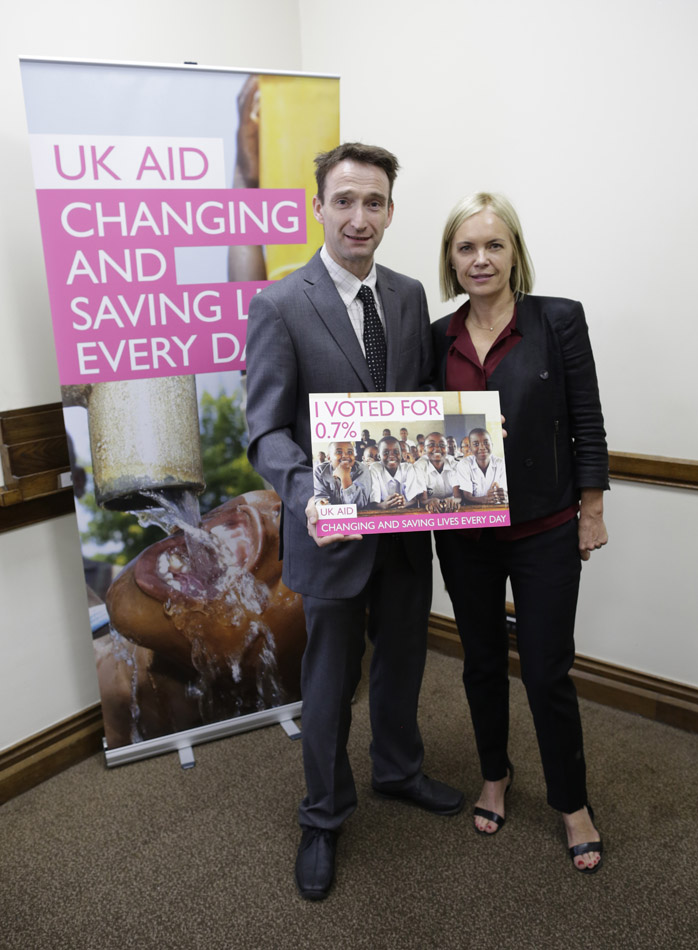 South Manchester Liberal Democrat MP John Leech was in London today to try and force through a bill that would enshrine in law the UK’s commitment to spend 0.7% of national spend on overseas aid.

By voting for this bill, which was included in all three party manifestos in 2010, John has kept his pledge to care for the world’s poorest and confirm this in law.

Many of John’s constituents have asked him to support Lib Dem MP Michael Moore’s International Development Bill. Several Tory MP’s tried to talk out the Bill, but John joined with a majority of MP’s to force through the measure.

John said today, “I am very proud that this government is the first to have met the 0.7% aid target. I am proud that parliament has gone further and voted 146-5 to enshrine that in law, to stop future governments from cutting the aid budget.”

John added, “I am glad a handful of Tories didn’t stop this measure being passed. We have a duty to care for the world's poorest and it is also in our interest to help build a more peaceful and stable world.”

UK aid changes and saves lives every day. Since 2012 British aid investment into vaccines and health has contributed to the biggest ever fall in child deaths, saving a child’s life every two minutes from preventable illnesses such as pneumonia and diarrhoea. Since 1990 the number of children dying unnecessary deaths has been cut almost in half, from 12 million a year to 6.9 million.  Aid has also contributed to improving education, health, sanitation, gender equality, and other public services that sustain a developing economy and add to global growth.

Ben Jackson, CEO of Bond, the membership organisation for 420 UK relief and development charities said, “On behalf of our members we are delighted today to so many MPs including John Leech attend this important debate and vote in favour of this legislation. We are grateful for John’s support in upholding Britain’s promise of spending 0.7% of our national budget on overseas aid.”