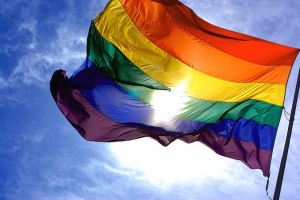 I am really glad to be going along to Manchester Pride in the city centre this weekend. The theme of 'Acceptable in the 80s' seems particularly relevant this year. The 80s were a decade of real importance for HIV and LGBT activism and so it seems appropriate that 2013, as a year of  achievement for the LGBT community, should remember the 80s.

I am very glad that we are able to say that many things which were not 'acceptable in the 80s' are today celebrated and this weekend will give the people of Manchester the opportunity to do just that.

The progress we have made towards greater equality during 2013 has been considerable and will give us plenty to celebrate on Saturday at the parade and the events surrounding it. One of the things that has made me most proud as a Member of Parliament over the past twelve months has been the progress we have made in our campaign to get Alan Turing pardoned. There has been further cause for celebration with the introduction of equal marriage by Parliament this year.

These achievements will add further excitement to the event which already attracts thousands of people from across the world to Manchester annually. The parade, which begins on Deansgate and finishes on Whitworth Street, passing by a number of Manchester landmarks including John Rylands Library and Albert Square, begins at 1pm on Saturday afternoon. The city will be full of people keen to show Manchester off to the world and in doing so achieve Pride's aims of having fun, celebrating the LGBT community and raising awareness of the issues which continue to surround HIV.

I hope to see lots of people joining in with the celebrations in the city centre over the weekend!