Only 38 Points - not safe from Relegation yet? 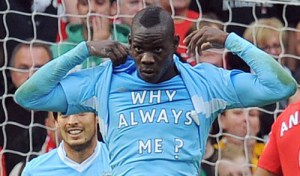 All good things must come to an end. I am talking of course about City's 15 league match unbeaten streak, which came to an end with our defeat to Chelsea on Monday.

I could point out the blatant penalty not awarded for the foul on David Silva in the 14th minute, or the soft sending off of Clichy which changed the nature of the last quarter of the game, but I'm sure someone would point out Yaya Toure's various fouls on Mata as reasons why we were lucky not to finish the game with 9 men.

No, I wanted to talk about the amazing media reaction. After 15 league games, City have lost one game. The best start to a season in Premier League history. This is not the end of the world, or a crisis, or a humiliation for Roberto Mancini. We are still top of the League. We (only just) lost to a good team when we had one less player than them.

I have been watching City for 35 years (the last 27 years as a season ticket holder), and up until last May, without seeing City win a single trophy (I was too young to remember the League cup final in 1976). I'm certainly not going to start flapping because we lost a game. Nor will most City fans.

35 years without a trophy gives you a proper perspective of how far we've come since the dark dark days of third tier football.