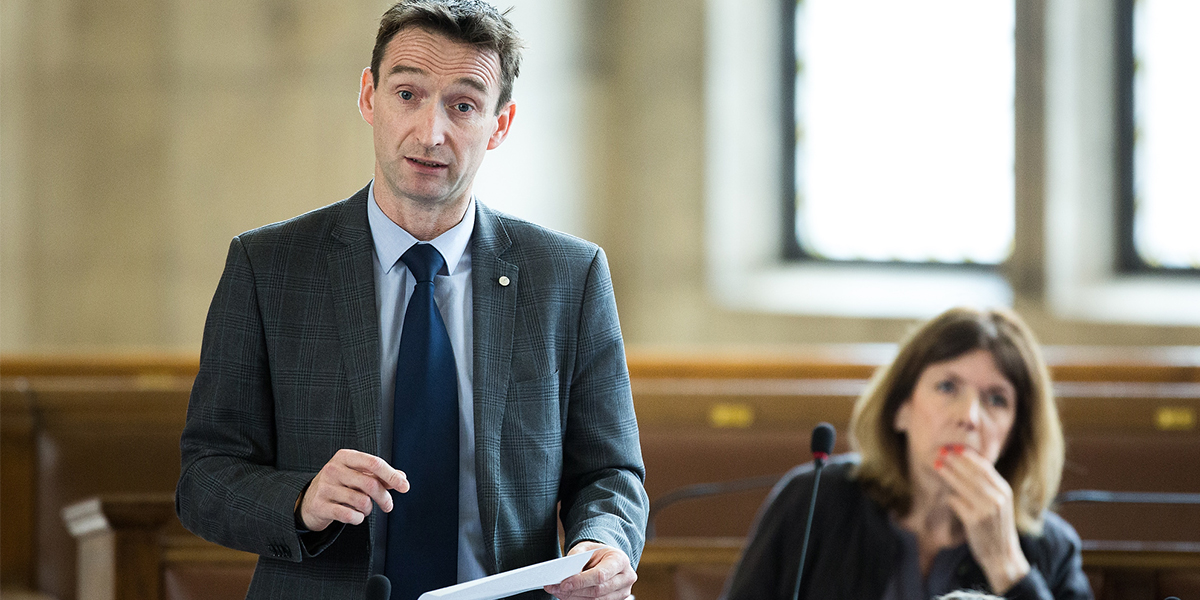 Everyone in Manchester knows the name Robert Chilowa. And rightly so. Mr. Chilowa dashed to the scene of a ferocious blaze engulfing a neighbour's house after hearing screams of terror and rescued two young children from the flames that had already claimed the lives of their grandparents. Despite braving the devastating fire on Parsonage Road in Withington to save the two children from a second-floor window, rightly garnering national headlines, he has now been threatened with deportation by authorities.

Last week John Leech wrote to the Home Secretary Amber Rudd to demand his residence in Withington is made permanent. On Sunday, he made it public. You can read it below, and if you agree, why not share it on social media? Together we can show Manchester to be the open, tolerant and welcoming city we know it is.

Amber Rudd, Home Secretary
2 Marsham Street
London
SW1P 4DF
8th March 2017
Dear Home Secretary
I am writing to you on behalf of the above with regards to his claim for asylum, and the financial support he is currently receiving, which is due to come to an end on Saturday 11th March. Mr. Chilowa was a constituent of mine while I was the MP for Manchester Withington, but this was not a case that I had dealt with, because for most of the time that I was an MP (2005-2015) he was not living in the area.
I am contacting you now in my capacity as a local Councillor to raise my concern about the way in which his case has been handled over so many years, but also to request your personal intervention because of the extraordinary events that have recently taken place and the fact that Mr. Chilowa is now a local hero, having saved the lives of two children in a devastating local fire.
Mr. Chilowa has been in the country since 2004... [Details removed for reasons of confidentiality] ...Mr. Chilowa is a member of the opposition party in Zimbabwe, and could face persecution for his political activity, were he to be forced to return.
I appreciate that the above circumstances above are not unique. However, in the early hours of 10th February Mr. Chilowa saved the lives of two young children who were caught up in a ferocious fire engulfing a neighbour's house on Parsonage Road, that had already claimed the lives of their grandparents. While others took no action, Mr. Chilowa risked his own life and saved the two children stuck on the second floor. He then assisted another child who had jumped out of the second-floor window and broken her ankle. These two children would almost certainly have died without his help. You may be aware that there is already a petition on Change.org with over 6,000 signatures, calling on you to allow Mr. Chilowa to stay in the UK - which I have signed.
This man's heroic efforts were the only saving grace in an otherwise tragic event. He is a true local hero; it's that simple, and he should be allowed to continue living here. Whilst the family mourns, this Government, instead of lauding and thanking him, is deporting him - what kind of message would it send out if he were to be forced to leave the U.K.?
Manchester is a diverse, welcoming and tolerant community and I know that every single person here is ready to welcome Robert with open arms.
Deporting Mr. Chilowa would be an act of gross injustice, critically undermining our sense of humanity and our commitment to inclusion and tolerance.
I urge you to show compassion in this case, and allow Mr. Chilowa to remain here in the U.K. I look forward to hearing from you shortly.
Kind regards

Cllr John Leech
This is an amended open-letter version of Cllr. Leech’s letter to Home Secretary - some details have been redacted, changed or amended for public viewing.