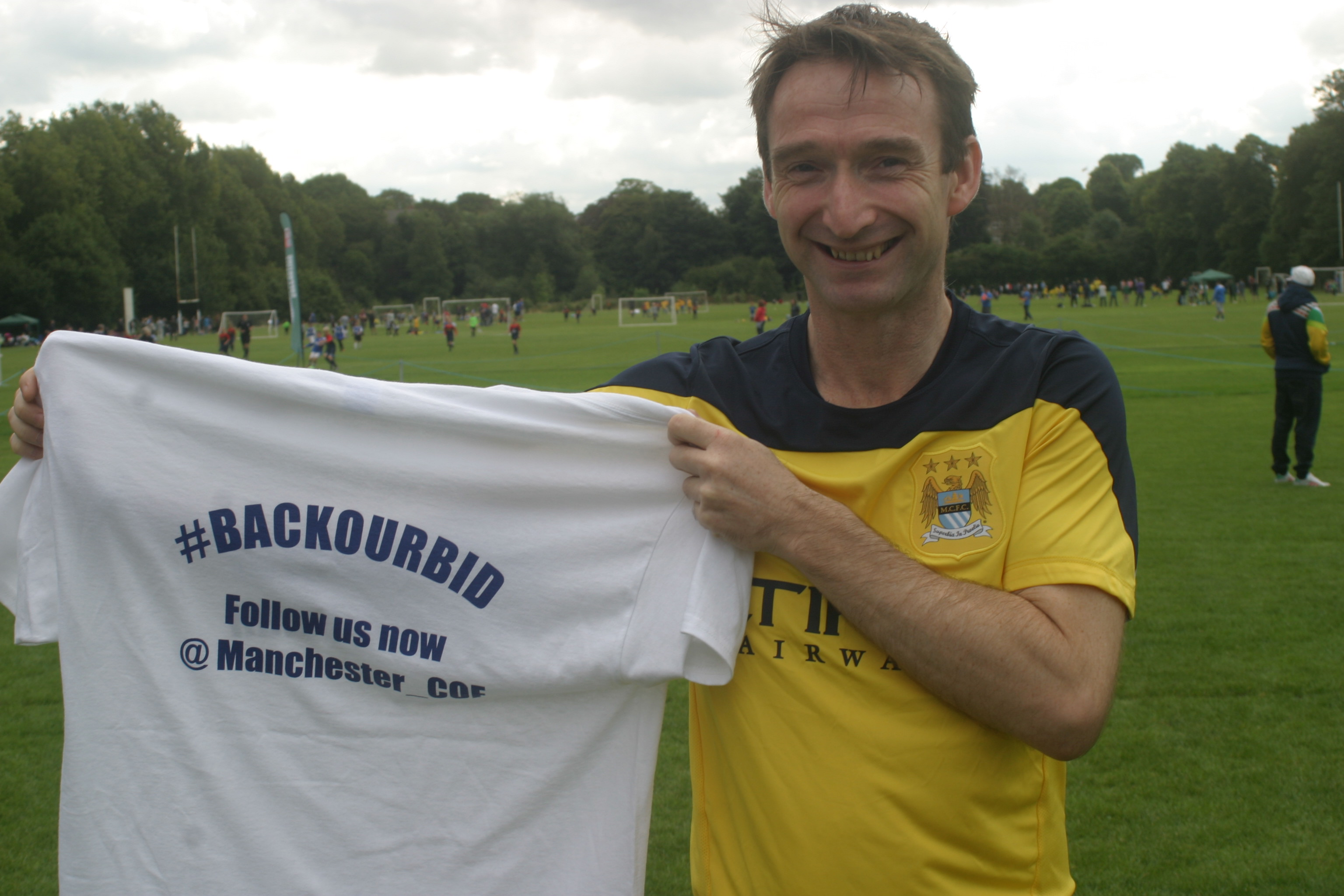 Manchester, along with Nottingham and Portsmouth have been shortlisted from 22 applications. The shortlisted cities fought off competition from 22 cities bidding for the title, demonstrating a commitment to uniting public, private and voluntary organisations to do whatever it takes to get more people – particularly those aged 14-25 years – playing all forms of the grassroots game regularly. The winner will receive £1.6m of National lottery funding over two years. An announcement is due in the autumn by Sport England.

“Manchester is the obvious choice. It is already a City of Football with two of the biggest clubs in Europe. We need to make sure that Grassroots football gets the support it need to grow and develop. I will be doing all I can to support Manchester’s bid”

" Manchester County FA is delighted to get John’s support for our vision for the “City of Football”.  As the governing body of football in Greater Manchester our aim is to promote and govern the grassroots game.”